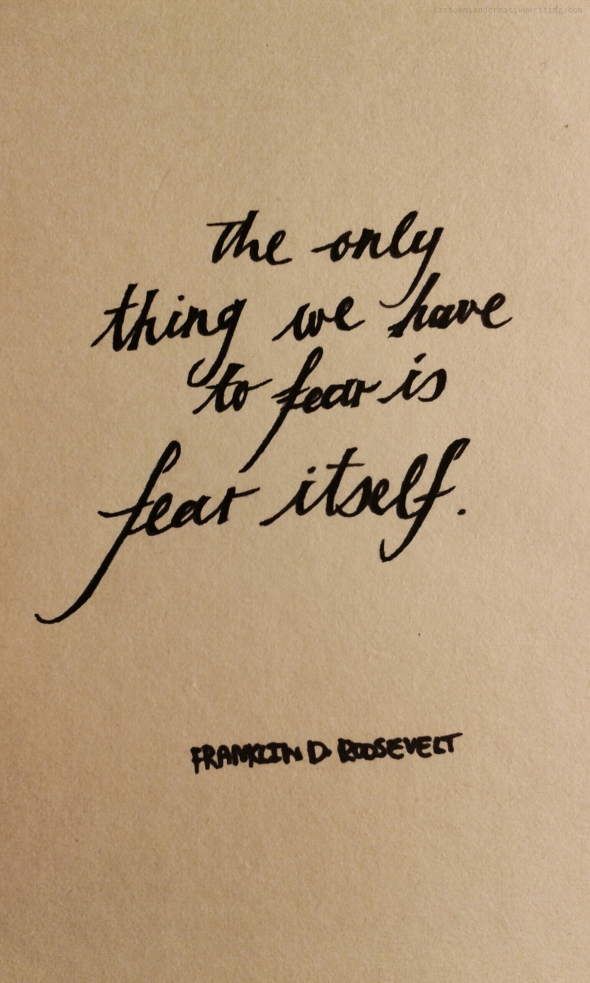 In this moment, my more literal-minded friends would point out that there are lots of things to fear besides fear, for example snakes and rabid dogs.
At which I would concede the point.
However, I would also argue that in terms of the bigger picture, Roosevelt was correct, even slightly prophetic.
Yes, if I walked down the street tomorrow I could be bitten by a rabid dog and that fear would be justified. But such an event would not have an impact on anyone outside my immediate circle. However things that people can do to other people plain and simply out of fear can have an impact that is community-wide, country-wide, or even world-wide.
We are talking here about discrimination, xenophobia, racism, repression, genocide and war.
At the moment it sometimes seems as though the entire world is being consumed by fear.
I am afraid of it.

Thoughts are powerful and, therefore, dangerous

Anybody who has ever struggled with mental issues will immediately recognise the truth in this insignificant little sentence in the fifth Harry Potter book. It’s hidden between much more important plot points, but it has the weight of wisdom.

When your own mind becomes the enemy and your thoughts more dangerous than anything else you will see its significance. Your own thoughts damage you and you cannot see how you could control it.

What would the world be, once bereft
Of wet and wildness? Let them be left,
O let them be left, wildness and wet;
Long live the weeds and the wilderness yet.