Here follows the final batch from the “Capturing December” challenge and then some reminiscence about the year 2012.

END_OF_DOCUMENT_TOKEN_TO_BE_REPLACED

What the holiday season means to me

I just remembered that I still had a blog… 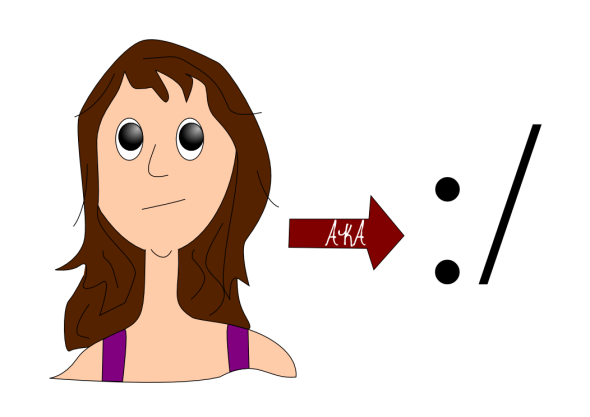 Me in the holiday season

I’m not much good at excitement anyway, and there is nothing about the “Christmas spirit” that makes me really excited. Too old, I guess… Ha! 😉 The actual reason is that my family doesn’t go in for Christmas that much. The younger generation obviously yes, but the rest of us just tend to get on with it. Our Christmas generally consists of avoiding the shops, getting annoyed at all the Christmas commercials and complaining about consumerism and materialism… and going to church on Christmas Day. Which already makes us odd. I don’t know many people who attends the service that day. Most stay in. It kind of makes me sad.

I never believed in Santa Claus either. Or in the Tooth Fairy and the Easter Bunny. (I always type “Eater Bunny” and then I giggle!) Oh, my parents participated in these make-believe games, but I knew it was them. For instance, my mother is fond of recalling the story of when I lost my first tooth (I was in 2nd grade! Freak of the school!) and she sneaked in to put the money in my slipper, I told her that she must walk more quietly next time because I heard her.

However, even if I never believed, my cousins did. They believed in Santa Claus until they were quite big actually. This left me with a problem during holidays with the family, because I would forever be having slips of the tongue.

A further part of my awkward Christmases around family was the presents. In the last years I have always known what I was going to get. And it was normally only one present. Heck, of course I know what I am getting this year – a book that I picked myself in the bookshop, which my mother then paid for and immediately confiscated. That was months ago. The same went for last year’s Christmas with the family. The awkward part, however, is to feign surprise when I open the present around the little cousins, because they’re not supposed to know that I knew beforehand. And everyone who knows me knows that I am such a good actress. I can get stage fright on a balcony and there doesn’t even have to be an audience.

Anyway, enough about my boring and awkward Christmases. What about you? How do you feel about Christmas and Santa Claus? Are you excited for it? Tell me in the comments! 😀

To end off this pointless post… at least my presents are all done and wrapped. And now I have to show off! 😉 My advantage is that I have very few friends. *cue evil laugh* And I made our origami Christmas decorations. We have a paper tree, paper baubles and other miscellaneous things lying about. 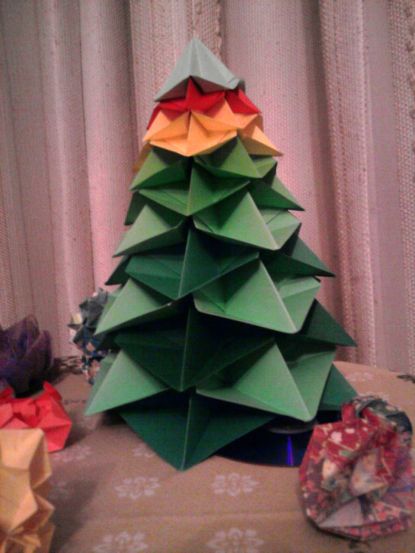 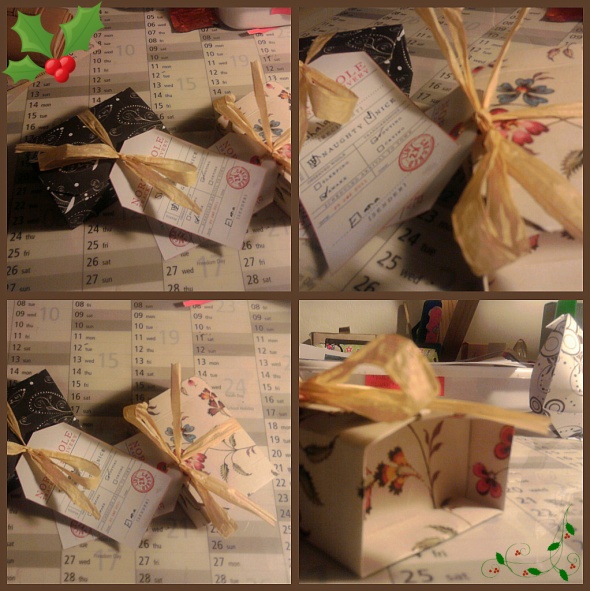 Yes, I did just use a collage to make my friends’ prezzies look more than they actually are. Ah Pinterest… where would I have been this Christmas without you? Just about  everything on, in and with those prezzies I found through Pinterest one way or another. The tags, the origami boxes, the contents…

Oh, and that is indeed Bill, my origami pigeon photobombing that last picture. Typical. Remember him?

And another thing, speaking of origami, I am working on the new site and hope to launch along with the new year. I’m excited!

Well, well, that is all for now in this miserably exciting season. I hope you all have a good build-up to Christmas!

Don’t go splittin on me now, will ya? Don tell Elana but I stole her password so that I can come post tis pic for ya.

I learned a lot of stuff last week, you know. I also learned to activate te webcam when she dont think it’s watchin her. And I sit right next t her keyboard, so she only have to enter her password a few times before i know wat it is.

So… here is Elana looking how she would never dream of showin to ye. I told ye Im gonna embarrass her.!

I know ye all will look forward to when I come back. I’ve still got more gossip to share wif ye!

Bill. You little bast— blighter. You little back-stabbing, double-crossing — yeah. This is a family-friendly environment, so… I’d better stop right here. At least that pic was when I had make-up on… Oh wait, I should probably not have said that…

Oh, and William my dear? Couldn’t you at least have tried not to make spelling mistakes? You sit next to me everyday, jeez dude! Have you still not learned proper spelling?! By the way, I’m changing my password and moving my seat.

Anyway, readers, you lot had just better keep your mouths shut today, because now I’m asking you not to tell Bill that he actually saved me because I don’t have anything to say today. All I have to say is a few random things. So, coming up…

1.) You may have noticed I changed my tagline. How do you like it? I am rather chuffed with it, even if I have to say it myself. I like the alliteration, and the previous one was just me being too lazy to think up something catchy. All in all, it’s a win!

2.) I made a hat. No, I have no millinery training. I just jumped right in, as is my usual method for my crafts. I might write a how-to on how to make one of these. But it’ll have to wait until I have more time, or am in a particularly bad procrastinating mood.

Right, I think that is more or less it for now. Oh yes, some shameless advertising: the new article I started on wikiHow: How to Avoid Distractions Online. Now, if only I could follow my own advice…

To finish off (rather than start, as normal – thanks Bill!

Status update: I forgot what I was going to say. It’s a pity, because all that I can remember of it is that it was witty.
Eating: Pizza! Yum!
Drinking: Tea.
Listening: “Ode to Our Fallen” – Kerry Muzzey
Reading: “A Portrait of the Artist as a Young Man”. Another prescribed one. Yay.

Status update: I’ve been procrastinating all day. But what I’ve really been doing, I don’t even know. I did bake cupcakes today, however. And I still have to read 400 pages of a very confusing book before Monday. Great?
Eating: Still nothing!

Foooood?
Drinking: Tea.
Listening: “A Magnificent Journey” – Denny Schneidemesser (This man has a name you can strangle someone with. And it’s a nightmare to type. I just went and checked and I managed to spell it right first time, for once. Yee-hay!)
Reading: “Nostromo”. (I have to, okay?! It’s a prescribed work, and we’re writing test on it. Please don’t judge me!)

This is a rather strange post. It is somewhere between a teaser-post of things to come and a making-up-space-post. Ah well. Read it and decide for yourself whether I should rather just stop blogging right now, or if I am onto something here.

Now. I said there was someone I’d like you to meet. Here he is:

He is an origami pigeon. But he looks more like a chicken to me. The poor thing has a bit of an identity crisis. And yes, I did make him. That means I am his creator, and he should worship me. Mwhahaha!

Ahem. He lives on my desk. And he may play some part in my future blog posts, which is why I am introducing him to you now. I used to have a Pacman-type origami character which I also made. He was dubbed Vincent, but seeing that Vincent has now gone to the great big recycling bin in the sky, Bill has now become my companion.

Now, about the things to come. I am working on a blog post about… my failed driving license test. Just to tease you: 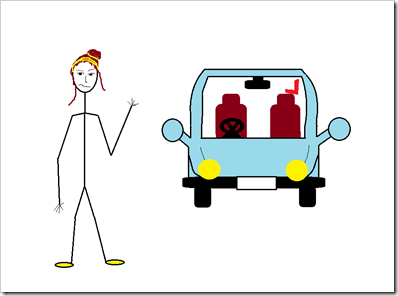 I cannot promise next week, but I’ll try and get it done as soon as possible! So check back to see it!

Finally, Bill wants to say something. Over to you, buddy!

Hi guys. It is nice to meet y’all! My, my… you all look heaps interestin!

But nevermind that… I just wanna tell you guys that I’ll be writing ye sometin every now and then. Elana just don’t know it yet, but what I actually wanna do is tell you guys stuff about her that ye would never’ve guessed. Don’t tell her, but I’m gonna embarrass her!

Did I tell you I made cupcakes today? Hmm, well yes, I did. Anyway, yummy! Here’s one for you as well:

Oh no, wait, that’s a birthday cake. Well, just pretend it was a cupcake, okay?