Well, well, where have I been? Actually, I haven’t been anywhere. I’ve been hiding from anything that resembles work or social media. This was quite unplanned as I had so many ambitious ideas for December. Then I was forced to retreat and evaluate my approach to my life when I realised how unenthusiastic I was feeling about my own plans.

Now I’m back with possibly the least original post title I’ve ever written, but hey. I had my whole life to think about. There was no time left to think about creative titles.

A great example of this is how I do NaNoWriMo. This year writing 50,000 words in 30 days just wasn’t good enough for me. As horrendously behind my wordcount as I was, I still had to aim for my record of finishing in 29 days. I slept very little and got nerve pain running up and down both arms in the last few days of November in order to achieve this.

Sometimes things work out, but sometimes they don’t, probably just as often. When that happens, I start to beat myself up. It doesn’t matter how ambitious they were, I still see it as a failure when I can’t make them work.

The thing is, I never saw this. Only during this year’s NaNoWriMo did I slowly come to realise how far I would take my plans and what I would do to myself in order to achieve them. Now, I’m not regretting NaNoWriMo or criticising the project. I’m criticising myself. I can’t have both bad time management and ambitious plans. Something has to give. I can have ambition, but then I must manage it well. Otherwise, I do more harm to myself than good.

When December came, I had so many ideas for when I would finally have some time off. I was going to get so much done and feel the joy of accomplishment.

It’s the end of December. I haven’t done any of those things.

My time off came, but I didn’t want to fulfil my plans. I simply didn’t want to do those things. At first I feared depression, as lethargy is one of its first symptoms in me and I have a history with depression. That means it can come back easier and obviously I really don’t want that.

But then I realised that I wasn’t “down” or unhappy. I was happy. I had great enthusiasm for playing video games and I had lots of fun experimenting with makeup. During the rest of year I don’t have a lot of time for video games and I certainly don’t have time to try out new makeup looks.

I was having such a nice time… doing the things I never planned on doing.

Here was the crux of the matter. I needed to rethink what was actually important to accomplish in my life. Those three bullet points above: is it really necessary for me to achieve these made-up goals? Okay, the computer backup is actually important. I should really do that because I don’t want to lose anything important if something goes wrong with the hardware again. That’s a solid reason. But the other two? I don’t have solid reasons for them.

Why should I read a certain amount of books when the Earth is in a completely arbitrary position in its orbit around the Sun? Because a virtual badge on a website tells me to? That’s not a good reason. Why should I create certain blog posts in a certain order? Because I made up those rules myself? Yes, it’s important, but not at the cost of my happiness or rest.

I’ve been looking at what’s important wrong all my life. Well, not fully. I think, in a way, I already knew subconsciously that something was wrong. But I had to consciously rethink my approach before I could see what the matter was.

Chasing accomplishment, it’s like a drug. It’s a high that I was constantly looking for. But not all of the things that I thought were accomplishments really mattered.

So, that’s what I’m entering the new year with. I guess it will take time to let go of my old thinking patterns as they are so ingrained but I’m going to work on it. I don’t want to chase numbered goals any more. I want to focus on projects where the journey matters just as much as the result.

For that matter, I will not be setting a Goodreads reading goal for 2016. Just because I’ve done it so many other years doesn’t mean I have to. I won’t be chasing numbers of books to finish any more. I can’t be trusted with those kinds of goals.

The blog will continue, but I’m going to be thinking about my approach. Perhaps some changes will be made.

Accomplishment is a good thing but you should also take the time to rest and relax. I’ve taken my time and now I’m ready to move again, while letting go of the unimportant goals. The new year waits for no one.

I can hear fireworks, so happy new year! I hope everyone who reads this has a safe New Year’s Eve and a happy New Year.

See you next year! 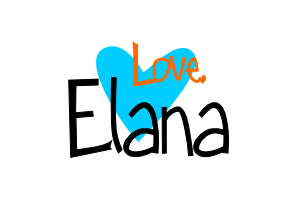 This entry was posted on December 31, 2015 by Elana. It was filed under etc., Life updates and was tagged with happy new year, life lessons, new year, reflection, thoughts, updates.