The Pain Merchants by Janice Hardy 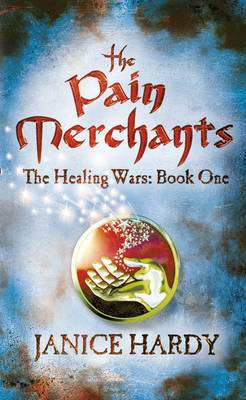 In this novel, Hardy creates a world where some people can detect physical pain in others, and then pull that pain out of the people. These people then “dump” the collected pain into a material called “pynvium”. Pynvium can be used to make weapons and other things like jewellery, which then have the power to “flash” pain if you use them against people. I imagined it to work in a similar way to a Taser.

The main character, Nya, does not have the power to transfer pain to pynvium, but she does have the power to pull pain from others. However, this means she is stuck with the pain, unless she transfers it again to another person. Nya can kill. She is not a murderer, but she has to learn how easily she could kill a person by transferring enough pain to them.

Nya also has to hide her power, because the conqueror government oppressing her people would not treat her well if they found out. They would try to make her into an assassin.

When there is a tragic accident in her city and a lot of people are hurt, Nya’s secret comes out and she is drawn into the politics of her people. She will have to confront her own morals and loyalties in the process.

The Unlikely Pilgrimage of Harold Fry by Rachel Joyce

The best description I can give for this book is 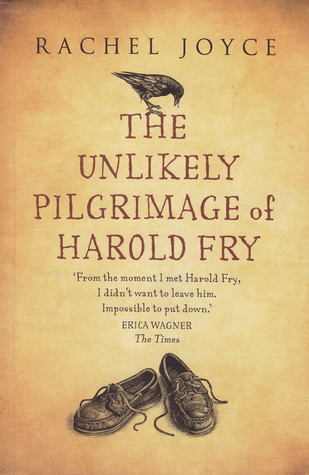 Harold Fry is a strange book and not easy to describe. It’s not very long and I read it in only a few sessions.

Harold Fry as a character does not have much to distinguish him. He is newly retired when we first meet him. He got married quite young, bought a house, had one kid, and worked as a salesman for the same brewery for 40 years. And in his job he was so unassuming that the day he retired his going-away gift was an allowance of some of the liquor they, presumably, make in the brewery. But Harold is a teetotaller.

In his job he did, however, make one friend, if only for a little while. Queenie Hennessey.

And one morning at the breakfast table, after he’d not had contact with her in twenty years, Harold receives a letter from Queenie. She is dying from cancer and is saying goodbye.

Instead of reacting like the normal person he is and sending a letter in return, or phoning, Harold decides to walk to Queenie. Only the hospice where she lies is in Berwick, a place on the border between England and Scotland. Harold lives in Kingsbridge, a place on England’s southern coast. He is 600 miles from Queenie.

And yet he makes his decision on the impulse of the moment. Harold sets off without any equipment, training, maps, or even his cellphone, and he walks to Berwick.

Harold walks to meet Queenie, the woman to whom he feel he owes a great debt, but who he really meets along the way is himself. When you’re driving you focus on the road, but when you’re walking you have to focus on yourself. Harold finds himself having to think about all of the memories and secrets that he has repressed for so long.

Harold Fry has a charm and pathos to him that is hard to describe, as he is so ordinary. I thought his secrets would be much more sordid, but they were mostly sad and a little petty. In a way, Harold’s walking saves him. Not from a terrible disease, but from himself. In a way, he finds his heart, which has been hidden for at least twenty years, again.

This entry was posted on August 5, 2015 by Elana. It was filed under Books and reading and was tagged with book review, books, books read in, janice hardy, rachel joyce, the healing wars, the pain merchants, the unlikely pilgrimage of harold fry.