Have you ever noticed how smelling a certain smell can sweep you head over heels down memory lane? How the smell of chalk dust can have you sitting back in school? How the smell of your favourite dinner as a kid can have you feeling like a child in your mother’s house again? It might be nice to feel like a kid again, but not so much fun to be back in school. That’s the thing with nasal memory. It takes you back to both good places and bad places without discrimination.

I had this work for me both ways recently, but I don’t think I want either back again.

The first part is how I avoid doctors, dentists and pharmacies like the plague. Doctors because I’m very paranoid and I have an association in my brain that I can’t shake that says: doctor’s office = imminent terrible diagnosis. It’s an old scar that I hope will still heal. And dentists I avoid because I hate them (sorry if you’re a dentist reading this, it’s nothing personal) and they always yell at me and I’m tired of it. And why pharmacies? I can’t stand that medical smell. Some of my worst memories are set right in the middle of that smell.

All thoughts of coming out of work and driving and graduations just faded away until I was 14 years old again and living my personal version of hell. It’s just that smell. It has the ability to just delete all the years that have passed in the meantime. I was watching my father lying in the ICU ward in hospital again while trying to keep my mother in one piece. You shouldn’t have to do that at that age, but life never asks you if you’re ready. You just have to do it or go under.

It’s moments like that when I just hate my nasal memory. Because I don’t want to remember. I don’t want to go back in time, but I’m not given any choice. I spent the entire aeon (it felt like) that it took the nurse to finally call me in thinking, “I really can’t deal with all of this as well right now.”

Then last week at work the cleaning lady came past me with a bucket of… cleaning product… and as I caught the smell I was smacked down memory lane again. A better off-ramp this time, but I would still rather have avoided it.

It’s a sort of fake-lavender smell and as I smelled it I was back in my grandmother’s house and there was this smell in the place. I asked my mother later if she knew what it smelled of in her mother’s house, but she didn’t know what I was talking about. 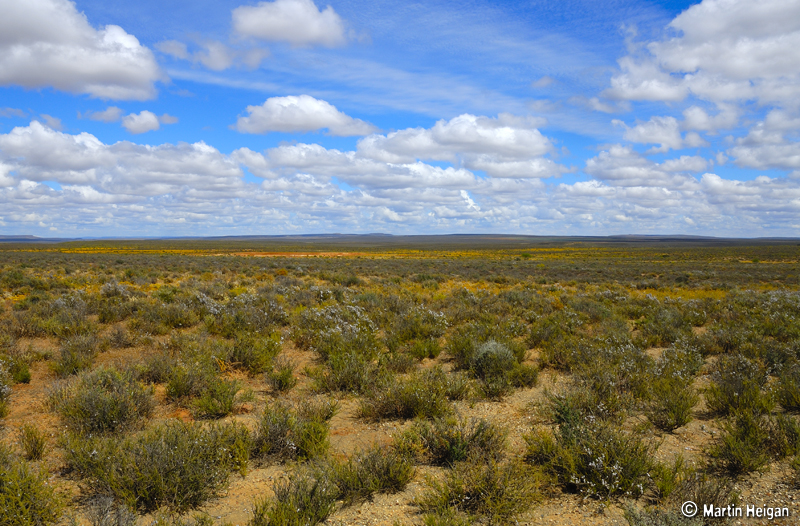 I could even feel the heat of the place in my nasal memory. It’s a semi-desert area after all, being boiling hot is what it does best… except when it’s freezing cold… Anyway, this memory was so detailed that it not only included the temperature, but also the dark corridor that I used to stand in and the reflected yellow light filtering in through the dining room windows. It was over in seconds, but now the memory remains.

I had no idea I still had this memory. It must be very close to 20 years ago that I gathered that moment up into a plasticky lavender smell and stored it away. I think I was five years old when I last set foot in that house and I have a suspicion that this memory is from even earlier, judging by how big and hard to reach all the furniture is in my mental picture.

Even though this was a more pleasant memory, I still don’t want to revisit it. It’s bittersweet. It’s from a time when I was happy. Most people probably remember their childhood this way so I don’t think it’s exceptional that I don’t like remembering that the time before I went to school was probably the last time I was perfectly happy.

I’m still fairly happy now, but there’s always so many things to worry about (and in my case develop paranoias about). Every moment seems marred by something else. I don’t know what that cleaning product I smelled was and I don’t want to know either. I don’t want to keep going back.

So we beat on, boats against the current, borne back ceaselessly into the past.

We wanted to grow up so much when we were kids… Yeah, look at us now.

What about you? Are there any smells that have the ability to transport you into the past?

This entry was posted on April 21, 2014 by Elana. It was filed under Writing challenges and short asides and was tagged with childhood, memories, writing.