As I am now no longer a student, but have acquired the new label of “unemployed”, I was thinking of the tools I’m using while looking for a job. Here is an analysis of those tools. 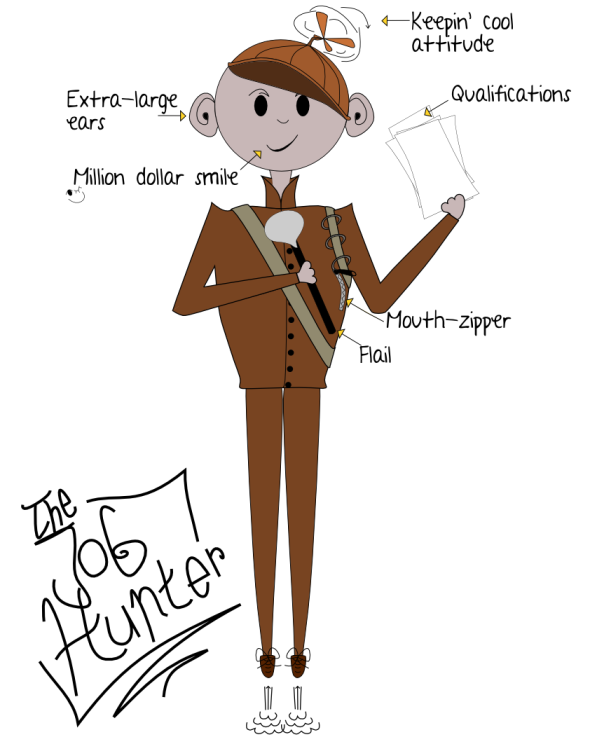 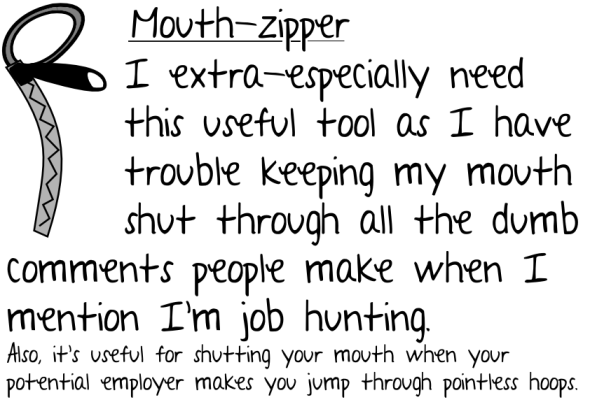 Ahem… I’ve sent in one application so far. Haven’t heard anything, but I’m also not sure if the place is up and running yet, because they were definitely closed for the holidays. So yeah, I’m not sure when to start thinking “I’m not going to hear anything, I should try the next one.” I’m not stressed at all… yet… I’ve hardly started trying! And it’s bound to take a while.

My mother, on the other hand, is the complete opposite. Sometimes I feel like I have a disease called “unemployment”, because that’s how many people around me are reacting. It’s something that must be cured as soon as possible and it needs treatment and lots of fussing around. Is it contagious?

Maybe you can’t tell, but I’m feeling a lot better than when I wrote my New Year’s post. I was really miserable a week ago, but I’m better now. I still feel that my life has fragmented. Actually, I feel like my life started cracking during the last months of 2013, before during the holidays it finally shattered and fragmented. It’s over now. But I’m going to rebuild. I still have some of the pieces and I will rebuild my life. It won’t be the same life that I had during university, but then again, it’s not meant to be.

I feel much the same way about this blog. It shattered during the latter part of last year. I couldn’t face it anymore. I didn’t want it anymore, most days. I will rebuild it too. That’s where the theme change comes in. I’m giving the blog a facelift. I want it to change. I had lots of time to think about this and I’ve concluded that I want things to be simpler. I want to be able to post things that are only one frame or a couple of paragraphs long and not feel guilty about it. I still want my cartoons, but I don’t want to feel that my posts need to be a certain length to be worth something. I’ve scrapped ideas and things to share before, because they weren’t “enough”. I want this to stop. My blog lost something along the way in 2013. In 2014, I want to look for a new something. I’m a different person than when I started out here. Most obviously in this context, I didn’t have a degree then and now I have two… or one and a bit, depending on how you count. I was a student and now I’m a fresh graduate. The blog has also changed (for one thing, my stick figures are more attractive 😛 ). The regular readers and commenters have also changed and so the blog should adapt. CC is now light blue and white for a new life.

Will you come along for the ride? Also, what do you think of the new theme? I’m not that happy that my images are now smaller, but they don’t really need to be that large, do they? I can make them bigger, but only if I can say goodbye to the sidebar… and I’m not quite ready to do that. I love the rest of the theme though. Also I really, really wanted that post slider. (You have to go to the home page to see it.)

2013 ended on a whole bunch of lows for me. I was bombarded in one day with the two worst marks I ever got for my last two assignments of the year. It was so bad that there was no way I was going to come out of final exams looking good. The only thing to save my average was creative writing and I’m still grateful for that. At the same time I lost NaNoWriMo and that was hard to come to terms with. Then it was holidays which I already said make me miserable.

This entry was posted on January 9, 2014 by Elana. It was filed under Cartoons and was tagged with cartoon, funny, humor, job hunting, sarcasm.