A long note and a short essay

Hi. I have been absent from the blog again. I had so been hoping to post regularly again, but the mundane had other plans. Simply put, my internet died. This time it was not me hitting the data cap, or some inexplicable internet silence that lasts some hours. It died, well and properly. It did not go down like a hero, fighting until the last, but I can only hope that it will have some characteristics of the archetypal, ever-renewed hero who will rise again when need is greatest. Now I can only wonder how long still before my need is greatest… It’s been a whole week. I am growing more and more bored and frustrated. Yes, I know I am addicted to the internet to a certain degree. I also know that I can live without it, but that I don’t want to. I am alone most of the time and though I am happy to be that way, the internet has taught me what community is and to have that torn away from you…

Pathetic as it sounds, the internet is my place where I belong. I don’t belong in my classes, I don’t belong on campus and I don’t really belong in my family. No one there shares my interests with me and no matter how many times they will tell me that I am welcome, I will not believe it, because I do not feel it. The internet is the only place these days where I feel it. Yes, that is probably the sappiest thing that you will ever read on this blog.

So, my internet is dead and I cannot post until it is repaired, because I’m using my 3G data at the moment and that is just too expensive to use to upload drawings. Apparently it is not simple to repair my normal connection, so I don’t know how long I must still wait. It is not simply the internet that went, but also the landline. (This means that I’m not the only bored one around here. My father also has no one to talk to. He uses the phone and I the internet.) The service provider guys came bumbling about here, poking things as if they were hoping it might make them squawk. Then they started mumbling something about the fault being in the underground cables and then disappeared. I wanted to scream “Well, why don’t you climb into that darned hole then and stick the freakin’ wire that came loose back into its place?”, but apparently it doesn’t work that way. “Not our division.” Bureaucracy.

Tomorrow I have a university meeting to attend where I will finally find out which classes I am taking this year. I’m nervous. I’m hoping that I’ll be able to take the stuff I want and not end up with a bunch of things I’m not interested in, as I already know of one class that I am not looking forward to and unfortunately it’s compulsory. And that leads me right into the point I want to make in my essay…

I am currently reading a very uninteresting book on literary theory that I am supposed to finish before class starts. Obviously I have been putting it off, though I have had two months in which I could have read it. There are so many other things that I would rather be reading, because I have no taste for literary theory.

In my experience, and yes, I have had class on it before now, it flounders about, developing different theories and viewpoints on the importance or unimportance of authors and intertextuality and things, before not coming to a conclusion at the end. That is theory for you. (By the way, spellcheck just tried to change “intertextuality” to “intersexuality”. I wish that was right; it might have livened up the book. There is quite a long discussion of sex in there anyway, but nothing to make it intriguing.)

There is quite another aspect of literary theory that I am interested in, however. Alas, it does not seem to be one that we ever study. What I am interested in is the strange effect that the language used as medium by literature has on people. I want to know how the same words can have such a wide variety of effects on different people. I want to know how unchangeable words can still change in their interpretation by the same person, if that person returns in old age to a text that they read in their youth. Actually, there doesn’t even have to be such a large gap of years in order to demonstrate the effect. Sometimes the passing of a mere year will have the same reaction.

I want to know about the power that words have over people, which is, of course, exercised through literature. Religious texts would be a very good example to demonstrate this case. Language is one of the most powerful weapons in the world. Oh, people will say that there are more powerful weapons in the world than mere words, for instance, love, fear and hope. I agree that they are indeed powerful weapons, but I would also hold that language is often more powerful than they are. I think this, because these three examples are often powerless if words are not employed in order to transfer them from one person to another. One person cannot control another to do his or her bidding through fear if that first person did not use language to some extent to cow the frightened person into submission. Of course, language might stand back for deeds in cases like these, but it is unlikely that it would not be employed at all as a weapon, even if it is only to make a threat: “You’re next, unless…”

To further explain my point about language and literary theory, I must digress first.

I have recently finished reading Harry Potter and the Half-Blood Prince, improving my own record in the process. Last time I read it I took two days, but now I read it in one day. Well, I am older and faster now. This was the first time that I have read it since it was first published, making it a gap of more than 7 years since I last laid eyes on it. It was also the very last Harry Potter book that I had read until last year. I’d been a huge fan of the books when I was 13, but after reading this sixth one, I completely went off it. I was hurt, angry and I felt as though the book had betrayed me. Harry Potter-books had been my happy place and I can recite the first five to you, even though the fifth is my least favourite of the bunch. This sixth one destroyed everything that I had loved about the HP-universe and I hated it. Harry Potter and the Half-Blood Prince was the first book to ever make me cry.

So, what am I interested in terms of literary theory is the effect of words on a reader. I am interested in analysing this book along with personal psychology in order to find out why this book had such an effect on me. How could this one book overturn all of the work that the other five did in me? It must be a joint effort of language and psychology. But what I am even more interested in is how my reactions changed in seven years.

Did this book have same effect on me now as it did then? No, it did not. I had already returned to being a HP fan after seeing the last film and I’d been reading my way through the series from the first book since the end of last year. I really enjoyed the book now and I intend to finally read the seventh one now. I cried again. That much, at least, as not changed. I told myself all the way through it that I would be okay and I was okay… until the Heads of Houses met after Dumbledore’s death. Then I started sobbing and couldn’t stop until I’d read to the end of the funeral. I’ve lived with the knowledge of what happens at the end of this book for more than 7 years. It could not have been the shock that made me cry, as it was the first time. Dumbledore is one of my all-time favourite literary characters. Why do I feel so much at his death, while I have not really cried at any of the many real-life funerals that I have attended? What is it in literature that gives it this power over me? I know that language is powerful, but I am interested in the theory behind this, for I feel certain that there must be one. Unfortunately it is not one that I have ever had the chance to study. Obviously I know that it is age that has changed my reactions to this book as I have cried over a few more books and characters since this first one, but I still wish for a theoretical analysis. I’m not interested in the kind of literary theory that sounds more like a group of philosophical schools, but I’m very interested in the effect of words on the reader.

Goodbye until the internet is fixed. 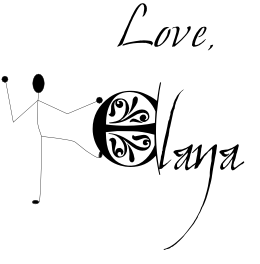 This entry was posted on February 5, 2013 by Elana. It was filed under etc. and was tagged with books, Harry Potter, hiatus, literary theory, literature, reading.