The new origami tutorial is up! Yes, after months of silence, TutOrigami is back in business!

The first post is my own tutorial, How to Fold an Origami Envelope. Just click on the picture below to go directly to the tutorial. 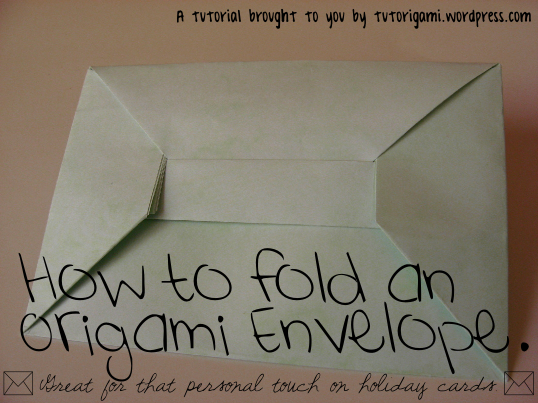 The second post is a collection of links to other tutorials of Christmas origami.

Centred around my new origami Christmas tree, this post has links to tutorials to make this tree and all of its decorations. There are also more pictures of the tree, if the teaser in yesterday’s post wasn’t enough for you.

And this was officially my third blog post of the day. Now I’m blogging tired.

In case I don’t get a chance to say it later, merry Christmas to all who celebrate it!

This entry was posted on December 22, 2012 by Elana. It was filed under Origami tutorials and was tagged with christmas, christmas origami, how-to, origami, origami envelope.