No, this is not a literary essay! 😛

Hello, how are you? I’ve got a new cartoon! Doesn’t that make a blue Monday a little brighter!

Today’s cartoon is about the great English metaphysical poet, John Donne. If you’re not familiar with him, go read up on him. Trust me, it’s worth it, just to marvel at the decisions this man made and the amount he lived. Though I find him hugely entertaining, learning his stuff was getting on my nerves last exam… and I was feeling a bit irreverent. So I drew this cartoon about the life of John Donne. I have now scanned it in to share it with all of you.

So… welcome to my first hand-drawn cartoon on this blog!
What do you think? Does it make a nice change? Or should I please not quit my day job? (I think the latter. I can’t draw to save my life! :P) I erased my handwriting and retyped the text though, because I didn’t feel like annotating my handwriting. It’s usually especially bad when I’m annoyed at something!

Disclaimer: this cartoon does not mean any offence to any kind of religion, literary critic or poet. Or any others, for that matter. The point of satire is to laugh at everyone equally and at the same time and that is what I attempted here.

THE END
(of the cartoon)

Now for some links, because I feel like sharing:

Someone emailed me this while I was on holiday (I suppose they must have read my book posts or something). I’m not being paid for this or anything, I just checked out this random email and thought that it was actually a pretty cool link. So, if you are in interested in creative writing and getting published and reading about other people writing, you might want to check this out: http://www.bestcollegesonline.com/blog/2012/07/02/the-top-100-creative-writing-blogs-updated/

Then… Beth? This one’s for you:
What’s your English gentry name?
I recently found this on Sparknotes and had some fun with it. I’m Grand Princess Victoria Harlow of Ashford, by the way. 🙂 I remember there was one for The Hunger Games as well which I also played with. My name was something ridiculously silly, but I’ve forgotten what now. 😛

I suppose I really should leave now to get some work done. Sigh. I haven’t done anything all weekend because I kept getting distracted by the Olympic Games. I tend to sit down to watch one race that I wanted to see and then I end up there for hours. It is the only time in four years that I am interested in watching sports! I always like to watch the gymnastics (because I can fall over my own feet while standing still and it is just so fascinating to watch people who aren’t like that ;)) and the sync swimming. This year I ended up watching quite a lot of the swimming – I’m not quite sure why – and the women’s diving.

Also, who watched the opening ceremony? I loved it! So many literature references! Okay, I did make some of them up myself, but I still saw them there! I saw hobbits all the way in the beginning with the countryside houses and all those things and I was squealing with delight and they weren’t even hobbits. I don’t need an excuse to see hobbits, apparently. 😛 When I saw this on 9gag, I was glad I wasn’t the only one seeing these kind of things!

I fell asleep after the Congo’s team walked by, though. I’ve been so dosed out on allergy medicine lately (think I’ve developed an allergy to breathing) that I literally couldn’t keep my eyes open. So I didn’t see the lighting of the Olympic flame, which I was sorry about, but that’s luckily what reruns are for!

Now, with all the being sickly and watching TV, it is now quite urgent that I go and write a summary of the history of the Netherlands and Belgium. So, I’ll go and do that and leave y’all to read cartoons or whatever else you want to read without me talking at you. 😉 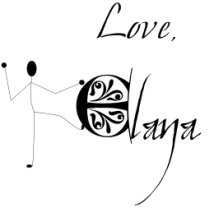 This entry was posted on August 6, 2012 by Elana. It was filed under Cartoons and was tagged with cartoon, english literature, humor, irony, john donne, olympic games, poetry, satire.